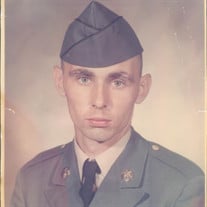 Age 75 of Portland went home to be with the Lord Thursday, April 29, 2021 at his home. He was born October 13, 1945 in Nashville, TN to Willis Diear Pairs, Sr. and Elsie Mae Felts. He worked as a self-employed carpenter and enjoyed working... View Obituary & Service Information

The family of Willis Diear Pairs, Jr. created this Life Tributes page to make it easy to share your memories.

Age 75 of Portland went home to be with the Lord Thursday, April...

Send flowers to the Pairs, family.