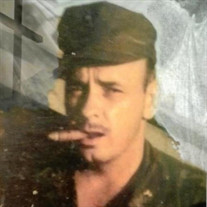 Thomas Hay Brennan, age 86 of Leesburg, Florida passed away Wednesday, June 2, 2021 at his home. Funeral services will be conducted at Austin & Bell Funeral Home in Pleasant View at 2:00PM on Saturday, June 12th with his son, Michael Brennan officiating. Burial will follow with military honors in the Good Springs Cemetery in Pleasant View with Bronson Brennan, Randell Bracey, Jim Holt, and Shawn Mackereth serving as pallbearers. The family will receive friends at the funeral home on Saturday from 10:00AM until the hour of service at 2:00PM. Mr. Brennan was born on June 27, 1934 in Towanda, Pennsylvania to the late Robert and Elizabeth Hay Brennan. He retired after 32 years as a proud United States Navy veteran, having fought in the Vietnam War. He also served during the Gulf War and also received the Purple Heart award. Mr. Brennan was of the Free Will Baptist faith. In addition to his parents, he is preceded in death by his wife, Joyce Brennan; brother, Bobby Brennan; and sister, Peggy Hochburg. Survivors include his son, Michael (Monica) Brennan; daughters, Karen VanAmburg, Nancy Piepenburg, and Terri (Randell) Bracey; sisters, Carol Sue (Jim) King & Susan (Al) Decker; thirteen grandchildren; and numerous great-grandchildren. If so desired memorial contributions may be made to either the Wounded Warriors, P.O. Box 758516, Topeka, Kansas 66675-8516, or Fellowship of Christian & Jews. AUSTIN & BELL FUNERAL HOME in Pleasant View is in charge of these arrangements. 6316 Highway 41A, Pleasant View, Tennessee 37146 (615) 746-4433 www.austinandbell.com

The family of Thomas Brennan created this Life Tributes page to make it easy to share your memories.

Send flowers to the Brennan family.