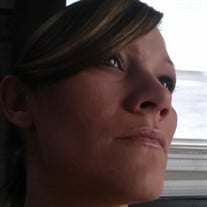 Age 39 of Cottontown pased away Sunday, October 24, 2021 at her home. She was born July 6, 1982 in Chickasha, Oklahoma to Tony & Anita Murray Cook. She was an electrical apprentice for Feyen -Zylstra. Summer was a talented photographer and... View Obituary & Service Information

The family of Summer Danielle Warren created this Life Tributes page to make it easy to share your memories.

Send flowers to the Warren family.