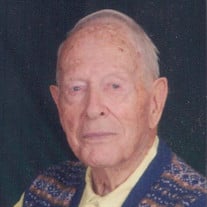 Mr. Roy Gilbert Stark, Sr., age 94, of Springfield, died Sunday, August 8, 2021 at his home at Morningside Assisted Living in Springfield, Tennessee. Funeral services will be conducted on Wednesday, August 11, 2021 at 11:00am in the chapel of Austin & Bell Funeral Home in Springfield with Brother Steve Freeman and Brother Bob Carroll officiating. Burial will follow in the Lee Cemetery in Coopertown with The American Legion, VFW serving as pallbearers. Honorary Pallbearers will be the Eastland Heights Baptist Church Boy's Sunday School Class of 1960's. Visitation with the family will be held Tuesday, August 10, 2021 from 4-8pm and again on Wednesday from 10am until time of service at 11am. Mr. Stark was born November, 19, 1926 in Coopertown, Tennessee to the late Leonard Bell and Dollie Lee Stark. He grew up in Coopertown from 1926 till 1946, a share cropper’s son. At age nine he started working on the farm and from there he became a School Bus Dispatcher, Truck Driver, and held position at Branch Freightline. Mr. Stark dropped out of school in 1944 to join the U.S. Army Air Corp, serving in WWII and Korea. He was a member of Grace Baptist Church where, in 1955, he became a Deacon, and was later named Chairman of Deacons. He was Executive Board Member of Robertson County Baptist Association for several years as well as Sunday School Director. Mr. Stark was also Chairman of the Robertson County Baptist Athletic Association that included Basketball and Softball through the 1970's. In addition to his parents, Mr. Stark is preceded in death by his wife, Rachel Gregory Stark who died 2001; brother, Charles Stark; and sister, Virginia Lee Nichols Elrod. Roy is survived by his sons, Roy G. Stark, Jr. of Springfield, Gregory Kempf (Cindy) Stark of Charlotte, Tennessee; daughter, Dawn (Mike) Stephens of Clarksville, Tennessee; grandchildren, Mike Stark of White Bluff, Tennessee, Robert (Amber) Stark of White House, Tennessee, Wayne (Angela) Moorefield of Clarksville, Tennessee, Emily Stark (Matt) O'Connell of Yorktown, Virginia; step-grandson, Michael (Ashley) Stephens of Scotts, Michigan; six great-grandchildren; and several nieces and nephews. The family request that donations be made to Comfort Care Hospice or the Wounded Warrior Project. All donations may be sent care of the Austin & Bell Funeral Home. Austin & Bell Funeral Home in Springfield is in charge of these arrangements. AUSTIN & BELL FUNERAL HOME- 509 WALNUT STREET, SPRINGFIELD, TN (615) 384-1000

Mr. Roy Gilbert Stark, Sr., age 94, of Springfield, died Sunday, August 8, 2021 at his home at Morningside Assisted Living in Springfield, Tennessee. Funeral services will be conducted on Wednesday, August 11, 2021 at 11:00am in the chapel of... View Obituary & Service Information

The family of Roy Gilbert Stark Sr. created this Life Tributes page to make it easy to share your memories.

Send flowers to the Stark family.