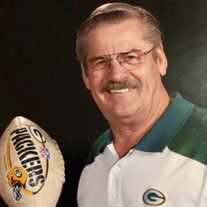 Robert James Zarada passed away Friday, December 17th, 2021 at his home in Cottontown, Tennessee at the age of 80 years old. He was born December 19th, 1940 in Thorp, Wisconsin to Edward & Christine Petersen Zarada. He owned and operated his... View Obituary & Service Information

The family of Robert James Zarada created this Life Tributes page to make it easy to share your memories.

Send flowers to the Zarada family.