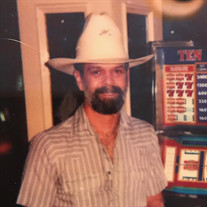 Robert Hagen Tebbetts, age 74 of Pleasant View, Tennessee, died Wednesday, April 28, 2021 at Gallatin Center for Rehab and Healing. Funeral services will be conducted at Austin & Bell Funeral Home in Pleasant View at 3:00PM on Saturday, May 1st, with his family sharing memories. Robert’s remains will be cremated following the service. The family will receive friends at the funeral home on Saturday, May 1st from 1:00PM until the hour of service at 3:00PM. Mr. Tebbetts was born on July 12, 1946 in Rochester, New Hampshire to the late Burton & Elizabeth Tebbetts. He was the CEO, COO, & CFO of Sigi’s Fashions, Inc., in which was named after his wife, Sigrid. He was a U.S. Army veteran, having served in the Vietnam War. He loved to ride his motorcycle and especially play golf after retiring. Robert loved his family and grandchildren and was a Christian. In addition to his parents, he is preceded in death by a brother. Survivors include his wife of 51 years, Sigrid Tebbetts; daughters, Jackie Martin, Janette (Stephen) Boas, & Nikki Tebbetts (Brian Giacoletti); grandchildren, Kyle J. (Ruby) Martin, Rachel S. (Jose) German, Brandie Moore, Joseph Morales, Jared (Rachel) Morales, Jacob Morales, Jeremy (Chris) Boas, and Allanna (Robbie) Porter. If so desired, memorial contributions may be made to the Wounded Warriors Project, P O Box 758516, Topeka, Kansas 66675-8516. AUSTIN & BELL FUNERAL HOME in Pleasant View is in charge of these arrangements. 6316 Highway 41A, Pleasant View, Tennessee 37146 (615) 746-4433 www.austinandbell.com

The family of Robert Tebbetts created this Life Tributes page to make it easy to share your memories.

Send flowers to the Tebbetts family.