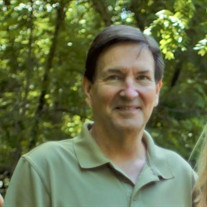 Michael Willis Brown, 63, of Greenbrier, TN passed away peacefully Friday, March 4, 2022 at his home with his loving wife by his side. Mike was born on October 19, 1958 in Nashville to the late Woodrow Wilson Brown and John Anna Floyd Brown. He is survived by his wife Laura Baggett Brown, son Nick (Amy) Brown of Murfreesboro, daughter Kayla (Landon) Clark of Knoxville, son Jacob Brown of Miami, and six grandchildren- Austin, Hailey and Aubrey Brown & Jace, Lila and Lainey Clark. He is also survived by his mother Johnnie Brown, sister Lisa Brown of Goodlettsville and Teresa (Steve) Shrum of Murfreesboro. Mike was a devoted husband, father, brother and son. He enjoyed working on many projects on the house and there was nothing he could not fix. He spent most of his free time on his tractor working their property. He loved a good deal and would haggle until he got the deal he wanted. He had a love for cars, working hard and cutting up with his grandchildren. He spent many fun days on his boat at the lake with friends and family. He had a long and successful career in Telecommunications and will always be known for his hard work and dedication. Mike was a member of Rock Springs Baptist Church and appreciated all the support from his church family and friends during his 5-year battle with cancer. The last few years were a difficult fight but he persevered to the end much like he did in other areas of his life. Funeral Services will be held 2pm, Tuesday, March 8th, 2022 at Austin & Bell Funeral Home Greenbrier with Bro. Randy Harman officiating. Burial will follow in Bethlehem Cemetery with Nick Brown, Jacob Brown, Landon Clark, Steve Shrum, Gary Brown, Richie Pigg serving as pallbearers. Honorary pallbearers will be Phil Green, Jace Clark and Austin Brown. The family will receive friends 12pm until the hour of service at the funeral home on Tuesday, March 8th, 2022. The family would like to thank Comfort Care Hospice for their support during the final days, as well as friends that called, visited and offered words of encouragement. In lieu of flowers, contributions may be made to Rock Springs Baptist Church, 2155 Rock Springs Road, Greenbrier, TN 37973 or sent to Austin & Bell Funeral Home 2619 Hwy 41 S., Greenbrier, TN 37073. Please make Checks payable to Rock Springs Baptist Church in memory of Mr. Mike Brown. Online condolences may be made at www.austinandbell.com

Michael Willis Brown, 63, of Greenbrier, TN passed away peacefully Friday, March 4, 2022 at his home with his loving wife by his side. Mike was born on October 19, 1958 in Nashville to the late Woodrow Wilson Brown and John Anna Floyd Brown. He... View Obituary & Service Information

The family of Michael "Mike" Brown created this Life Tributes page to make it easy to share your memories.

Send flowers to the Brown family.