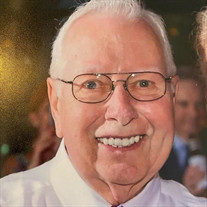 Awarding-winning journalist, Max E. Moss Sr., died Thursday, October 22, 2020 at his home in Pleasant View. He was 80 years old. Mr. Moss’ lengthy professional career included 16 years at The Clarksville Leaf-Chronicle, where he was the newspaper’s sports and outdoors editor, city editor, executive editor, managing editor; he and the newsroom staffs that he led won numerous accolades. Mr. Moss was just 17 years old and few months shy of his graduation from high school when the editor of his hometown newspaper, the Palladium-Item in Richmond, Indiana, agreed to a teacher’s recommendation that a student be introduced to his newsroom on a part-time basis. As Mr. Moss later wrote, that “mesmerizing” experience led to his decision to become a newspaperman. Following his graduation from Indiana University, where he majored in journalism, and active-duty service as a lieutenant in the U.S. Army, Mr. Moss worked at the Palladium-Item, the Dayton Daily News in Dayton, Ohio, the Courier-Tribune in Bloomington, Indiana, The Leaf-Chronicle, and the Nashville Banner in Nashville, Tennessee. Mr. Moss’ career also included stints as editor of The Lunker Hole magazine, which was distributed nationwide to members of the Bass Caster’s Association; editor of the Professional Bass Fisherman, a magazine he designed and published for the Professional Bass Federation (PBF); executive director of the Tennessee Outdoor Writers Association, a statewide organization of professional outdoor communicators; and he was writer-producer of the outdoors module of the popular country.com web site operated by Turner Broadcasting and CBS. When “mostly retired” as a journalist, and willing to share his personal opinions, Mr. Moss served as a member of Pleasant View’s Planning and Zoning Commission for 10 years, including six as its chairman. Mr. Moss was born in Richmond, Indiana, December 1, 1939, the son of Harry C. and Pauline Bond Moss and brother of Harry C. Moss Jr., who died in 1983. He is survived by Merrily Ann Moss, his wife of 59 years; one son, Max E.(Terri) Moss Jr. of Stigler, Oklahoma; one daughter, Karen Sue (Mike) McIntyre, of Nashville; grandchildren, Dalton (Summer) Farrar, Kennan (Marcus) Buckner, Evan Moss, Levi Moss; and 5 great-grandchildren. A Memorial Service will be conducted at 3 o’clock pm, Sunday, October 25, 2020 at Austin & Bell Funeral Home in Pleasant View, Tn. The family will receive friends at the funeral home from 1PM until the hour of service at 3:00PM. His remains will be cremated and the burial of his ashes will be at a later date in Earlham Cemetery in Richmond, Indiana. In lieu of other remembrances, Mr. Moss’ family suggests that donations might be made to Pleasant View United Methodist Church, where he was an active member for many years. The mailing address is: 2621 Church St., Pleasant View, Tn 37146. AUSTIN & BELL FUNERAL HOME in Pleasant View is in charge of these arrangements. 6316 Highway 41A, Pleasant View, Tennessee 37146 (615) 746-4433 www.austinandbell.com

The family of Max Moss Sr. created this Life Tributes page to make it easy to share your memories.

Send flowers to the Moss family.