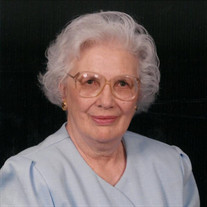 Margaret Simmons Clark, 92 of Springfield, TN went home to be with her Lord and Savior on February 27, 2022, from Hopkins Center in Woodburn, KY. A Robertson County, TN native, she was born July 11, 1929, to her parents the late Duke and Lela Covington Simmons. She was a retired loan officer in Springfield, TN, where she worked for 40 years with Security Federal Savings and Loans and Regions Bank. She was a faithful member of Oakland Baptist Church where she served as a children’s Sunday school teacher for 40 years. Teaching her Sunday School class and serving her church were one of her passions after her retirement. Her children and grandchildren were the light of her life. She was also an avid gardener. She loved to grow a variety of cutting flowers and provide arrangements for her church, most grown from seed. Strangers also stopped at her house to ask for cuttings or extra plants. She managed the Oakland Cemetery Fund for many years, after taking over from her late husband, Harold Clark. She was married to the late Harold Ellis Clark, who passed in 1989. She is also proceeded in death by her brothers: Wilburn (Doye) and Bryce Simmons, her sisters: Dorothy Benningfield (Claude) and Peggy Rainwater (Gerald), and her sister-in-law Nancy Cobb Castell (Tom). She is survived by her son and daughter-in-law; Jimmy and Kathy Clark, her daughter and son-in-law; Laura and Gene Feckter, granddaughters; Rachel Dotson (Chris), Ashley Clark, and Carly Brown (Justin), grandsons; Clark Feckter and Ryan Feckter, great grandson; Hudson Brown, brother-in-law; George (Jeanette) Clark and several beloved nieces, nephews and cousins. Arrangements are being handled by Austin and Bell Funeral Home, Springfield, TN. Visitation will be held Wednesday, March 2, 2022 from 11am until the and funeral service Wednesday at 2pm with Pastor Kenny Stone officiating. Burial will follow in the Oakland Cemetery. Serving as pallbearers are Justin Brown, Chris Dotson, Richard Cobb, Clark Feckter, Ryan Feckter, and Harold Axley. If so desired memorial contributions may be made to the Oakland Cemetery Fund. Any donations may be sent in c/o Austin & Bell. Austin & Bell Funeral Home in Springfield is in charge of these arrangements. AUSTIN & BELL FUNERAL HOME- 509 WALNUT STREET, SPRINGFIELD, TN (615) 384-1000

Margaret Simmons Clark, 92 of Springfield, TN went home to be with her Lord and Savior on February 27, 2022, from Hopkins Center in Woodburn, KY. A Robertson County, TN native, she was born July 11, 1929, to her parents the late Duke and Lela... View Obituary & Service Information

The family of Margaret Clark created this Life Tributes page to make it easy to share your memories.

Margaret Simmons Clark, 92 of Springfield, TN went home to be...

Send flowers to the Clark family.