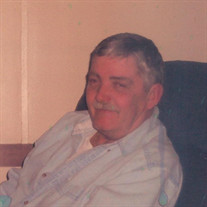 Age 65 of White House passed away Monday, April 4, 2022 at NorthCrest Medical Center. He was born September 11, 1956 in Nashville, TN to Raymond & Dora Lucille Miers Hale. He worked as an insulator for Mid South Insulation Company and was... View Obituary & Service Information

The family of James David Hale Sr. created this Life Tributes page to make it easy to share your memories.

Send flowers to the Hale family.