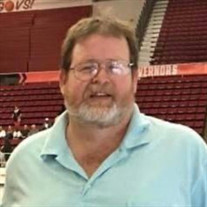 James Donaldson “Jimmy” Spain, Jr., age 53 of Greenbrier passed away Sunday, March 7th in Greenbrier. A private family service will be held with Bro. Jon Briggs officiating. The family will receive friends 4pm to 8pm on Wednesday, March 10, 2021 at Austin & Bell Funeral Home Greenbrier. He was born in Nashville, TN on June 20, 1967 to James Donaldson Spain, Sr. and the late Wanda Gay Spain. He was also preceded in death by a nephew, Chad Spain. He was employed at US Smokeless Tobacco, a member of the Machinist Union and a member of Lights Chapel Baptist Church. He loved his family very much and was excited to be a grandpa soon. He enjoyed watching the Atlanta Braves, collecting various items, tinkering in the garage and especially loved his 1970 GTO. He is survived by his wife, Ruthie Ann Hernandez Spain of Greenbrier; daughter, Shelby (Nick) Keith of Greenbrier; one grandchild on the way; father, James Donaldson Spain, Sr. of Greenbrier; siblings, Frank (Joy) Spain of Greenbrier, Penny Spain of Joelton, Greg (Stephanie) Spain of Greenbrier and sister, Carlene Veigel. In lieu of flowers, contributions may be made to St. Jude’s Children’s Hospital, 501 St. Jude Pl., Memphis, TN 38105-9959. Online condolences may be made at www.austinandbell.com AUSTIN & BELL FUNERAL HOME 2619 HWY 41 S., GREENBRIER, TN 37073 (615) 643-4000

The family of James D. "Jimmy" Spain, Jr. created this Life Tributes page to make it easy to share your memories.