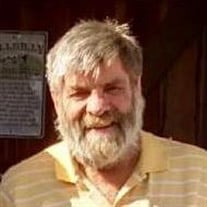 Jack C. Torkelson, age 70, of Greenbrier, TN passed away Tuesday, July 25, 2017 at his residence. Austin & Bell Funeral Home Greenbrier is in charge of arrangements. The family will receive friends 3:00 to 4:00 pm on Saturday, August 5, 2017 at Ridgetop Seventh Day Adventist Church. A Memorial Service will follow at 4:00 pm at the church with Pastor William Little and Pastor Richard Harbour officiating. Jack was born in Noblesville, IN on January 9, 1947 to the late Oscar E. and Laura Ann Jarnes Torkelson. He was a member of the American Chestnut Foundation and the Tennessee Native Plant Society. He loved tinkering on various projects, some complete and some not so much. A favorite was the nature center with a fire pit which he had built by the pond which he also constructed. He is survived by his wife, Elizabeth Buttorff Dyer Torkelson; sons, Andrew Teton (Leslie) Torkelson, Timothy Walden (McKenzie) Torkelson; grandchildren, Katelyn Torkelson, Peyton Jo Torkelson and a sister, Jill (Richard) Harbour. In lieu of flowers, contributions may be made to the American Chestnut Foundation, 50 Merrimon Ave, Suite 115, Asheville, NC 28804 or the Ridgetop Adventist Elementary School, P.O. Box 829, Ridgetop, TN 37152. Online condolences may be made at www.austinandbell.com

The family of Jack C. Torkelson created this Life Tributes page to make it easy to share your memories.

Send flowers to the Torkelson family.