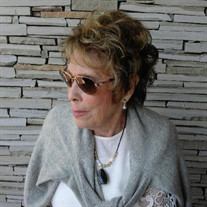 Ernestine Nolen Lawson of Cross Plains went to her heavenly home on January 10, 2022. A longtime resident of Robertson County, she had moved from Nashville to her much loved country property in 1978. She was preceded in death by her parents, Ernest and Thelma Nolen. A spiritual person who loved people, her children, grandchildren and great children, she loved gardening, writing, photography, and her books, Ernestine was born in her grandmother’s home in Nashville and grew up in Detroit. Her happiest childhood memories were made during trips home to see family in Middle Tennessee each summer, especially time spent with her beloved grandmother, “Ma.” During these visits she formed a longtime love for family, homemaking and country life. Ernestine was a member of Mt. Carmel Baptist Church in Cross Plains and for many years devoted time to the church through outreach and teaching Sunday School. She was also a successful business woman, having helped found Tri-County Concrete Co.Inc., with her former husband, James Thomas Lawson, Sr. (Jim), which at its peak was one of the largest redi-mix concrete companies in the state of Tennessee. Her strong work ethic and sharp business mind began as a young woman. After high school graduation she worked at Ford Motor Company in the head corporate office in Detroit. She moved back to Middle Tennessee in the late 1950s with her husband, Jim, to live close to her family. Although she was not formally trained as an interior designer, Ernestine had an innate talent and flair for design and decorating. She built and renovated many homes over the years. Gray Gables in Belle Meade was featured in Southern Living magazine and Maplebrook Farm in Goodlettsville was featured in The Tennessean. When she moved to Cross Plains in 1978 she worked with the renowned Southern builder Braxton Dixon to create her dream home – Oakland Farm. The renovated farmhouse was used as the set for a made for TV movie starring Reba McCentire and Keith Carradine. She loved the ocean and traveling to Jamaica, which she visited numerous times over the years with Jim and their children. Ernestine is survived by daughter Mary Kay Schweitzer (Dan) of Sanford, Michigan; daughter Laurie Parker (Aaron) of Tampa; son James Lawson Jr. of Thailand; daughter Beth Todd of Nashville; daughter Jamie Reeves (Alan) of Bellevue; six grandchildren, Will Schweitzer, Jessica and Gavin Parker, Sarah Todd, Caitlin and Amelia Reeves; and five great grandchildren, Jameson and Autumn Schweitzer, Graham and Charlie Brenner and Colby Parker. Ernestine requested a private spreading of ashes by her children on the property of her beloved last home WoodHaven. In lieu of sending flowers for her memorial, she asked that you do something especially loving and kind for someone. Good Morning (a poem by Mary Oliver, Ernestine’s favorite poet) "Bless the notebook that I always carry in my pocket. And the pen. Bless the words with which I try to say what I see, think, or feel. With gratitude for the grace of the earth. The expected and this exception, both. For all the hours I have been given to be in this world." Austin & Bell Funeral Home in Springfield is in charge of these arrangements. AUSTIN & BELL FUNERAL HOME- 509 WALNUT STREET, SPRINGFIELD, TN (615) 384-1000

Ernestine Nolen Lawson of Cross Plains went to her heavenly home on January 10, 2022. A longtime resident of Robertson County, she had moved from Nashville to her much loved country property in 1978. She was preceded in death by her parents,... View Obituary & Service Information

The family of Ernestine Lawson created this Life Tributes page to make it easy to share your memories.

Send flowers to the Lawson family.