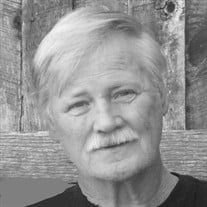 Age 70 of White House passed away Tuesday, February 23, 2021 at Centennial Medical Center in Nashville, TN. He was born December 18, 1950 in Nashville, TN to Columbus Utah & Lydia Mai Page Hutcheson. He was the owner/operator of Magic Marker... View Obituary & Service Information

The family of Ernest Ray Hutcheson created this Life Tributes page to make it easy to share your memories.

Send flowers to the Hutcheson family.