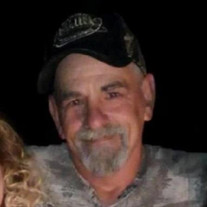 David “Bruce” Fortner, age 56 of Ashland City, Tennessee died Wednesday, January 5, 2022 at his home. A memorial service will be conducted at 3:30PM on Wednesday, January 12th, at Austin & Bell Funeral Home in Pleasant View. There will be no visitation prior to the memorial service. Bruce was born on February 1, 1965 in Long Beach, California to Stanley Fortner and the late Deborah Deaton Fortner. He was a very talented carpenter and butcher and was considered a “jack of all trades”. Bruce enjoyed playing chess and was a family man. In addition to his mother, he is preceded in death by his grandmother, Inez Holland; sister, Renee Fortner; and uncle who was more like a brother, David Wayne Holland. Survivors include his daughters, Tiffany Fortner and Deanna Fortner; father, Stanley Fortner; sisters, Lisa Cooley and Becky (Bruce) Henry; grandchildren, Joshua Crouse, Jr., Derick Fortner, Conner Crouse, Serenity Crouse, and Sophia Crouse; and a host of aunts, uncles, & cousins. AUSTIN & BELL FUNERAL HOME in Pleasant View is in charge of these arrangements. 6316 Highway 41A, Pleasant View, Tennessee 37146 (615) 746-4433 www.austinandbell.com

The family of David Bruce Fortner created this Life Tributes page to make it easy to share your memories.

Send flowers to the Fortner family.